Reflecting on two distinctive and opposite visions of the Australian cultural landscape, that of the vast centre to the built up city peripheries, the exhibition explores these contrasts through various techniques such as documentary film, narrative  sequence and the use of found footage.

Curated by dLux MediaArts in association with Geoffrey Weary, Sydney College of the Arts, University of Sydney. 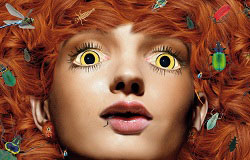